According to the Korea International Trade Association (KITA), outbound shipments by local venture firms came to US$9.86 billion in the January-June period.

With the current pace, venture companies' full-year exports are expected to expand at a double-digit rate for the first time since the 50.7 percent spike in 2010.

The trade organization attributed the strong first-half performance to brisk shipments to China, Vietnam and the United States.

Exports to China surged 18.4 percent to $2.48 billion in the six-month period, with shipments to Vietnam shooting up 67.3 percent to $1.48 billion.

Shipments to the world's largest economy increased 5.5 percent from a year ago to $1.23 billion in the first half, according to KITA. 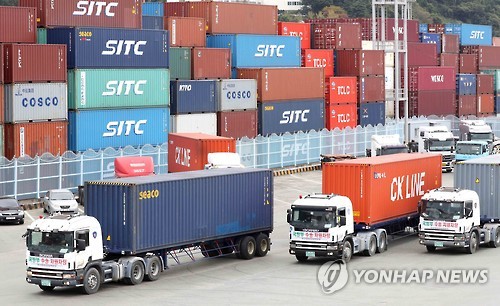