CJ E&M to host KCON festival in LA with 68 Korean firms this week
Date
2017.08.14
Views
857
According to Pulse by Maeil Business News Korea,

South Korea’s leading content and media company CJ E&M Corp. will host KCON 2017 LA in the United States for three days from August 18 to 20. During the event, 68 Korean companies will promote their products to visitors to the concert and exhibition.

KCON, which started in 2012 in Irvine, California, is the world largest festival to promote Korean culture with a theme of all about Hallyu, Korean wave. CJ E&M expanded the festival from North America to Central and South America, the Middle East, Europe and Asia. It has been held 14 times since 2012.

KCON 2017 LA will be held separately at Los Angeles Convention Center from August 18 to 20 and at Staples Center from August 19 to 20. During the convention, visitors will be able to participate in various cultural events to experience Korea’s latest content, fashion and beauty products as well as K-pop auditions.

For this year’s KCON, CJ E&M has picked 68 companies to join with after taking into consideration its relevance to Hallyu, local market power and competitiveness. Exporters for Hallyu commodities in the cosmetics, fashion and living goods industries will take part. At Korea Zone inside LA Convention Center, the companies will hold promotional events and exhibit their products to the visitors during the whole festival. 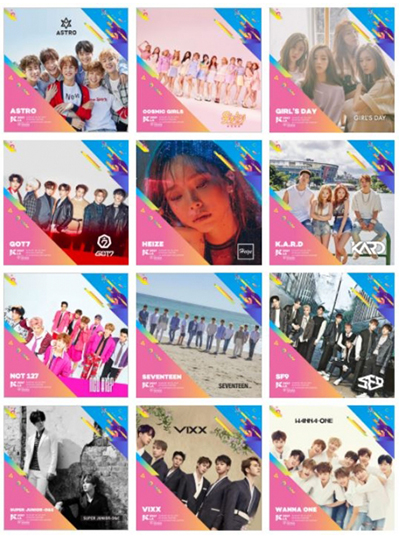