(SEOUL=Yonhap News) A state committee chaired by President Moon Jae-in and aimed at seeking ways to capitalize on changes brought on by the fourth industrial revolution will be launched by mid-September, South Korea's chief ICT policymaker said Tuesday.

The so-called "Fourth Industrial Revolution committee," comprised of some 30 senior government policymakers and businesspeople, is part of the Moon administration's pledge to upgrade the country's overall competitiveness. The committee aims to form a collaborative state-private sector partnership that can overhaul the industrial sector through combining various cyber and physical systems, developing cutting-edge technologies and eventually serving as a catalyst for the economy.

"The decision (to get more private sector input) is aimed at pushing forward change in a speedy manner," Yoo Young-min told reporters, adding that the committee aims to adopt more creative ideas.

The committee will have some 25 members from the private sector and some five others from the government, the ministry said. Also, it will not include minister-level officials.

Finding new growth engines through the fourth industrial revolution for the South Korean economy is one of the key policy objectives chartered by Moon, as the country as a whole is overly reliant on the manufacturing sector. 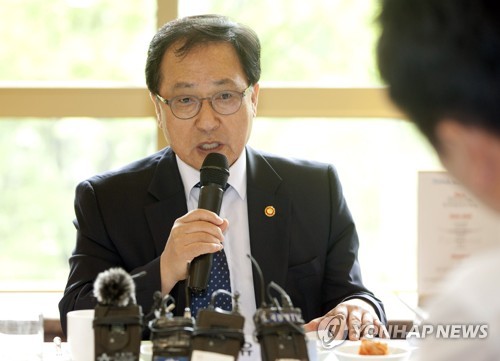