(SEOUL=Yonhap News) The Korean government is pushing forward with a plan to reorganize its efforts to attract investment under an integrated system that aims to prevent companies from relocating overseas, and encourages them to move their overseas production facilities back to Korea.

In its annual report to the National Assembly announced on August 28, the Ministry of Trade, Industry and Energy noted that it "plans to redesign the investment promotion system under an integrated system focused on employment effect in order to minimize the umber of manufacturing companies from leaving the country, attract more foreign investment, and encourage companies to return to Korea," adding "when reorganizing the details of incentive application criteria, such as the tax system, location and cash support, employment effect will be given top priority, raising it to the level of foreign investments."

"Through active communication with specific companies based on the particular business type, close support will be offered to resolve (companies') investment grievances, a Local Investment Promotion Act will be enacted by the end of the year to create more local jobs, and plans for reorganizing the investment promotion system will be established," the report explained.

In addition, the report stated that the "ministry will focus its efforts on foreign investments, which tend to create a large number of local jobs in high added-value service and greenfield businesses, as well as startups in response to the fourth industrial revolution," emphasizing, "companies in footwear, apparel, handbag, and other labor-intensive industries that return from overseas locations, the government will help upgrade their production process facilities in connection with local R&D centers."

With regards to industrial reorganization, the report added, "by strengthening monitoring efforts such as market forecasts and competitiveness analysis, the system needs to be further reinforced from an industrial policy perspective," while "the ministry will form and operate an Industrial Competitiveness Analysis Support Team with financial institutions, etc., and respond to the effects on local economies of economic recessions in shipbuilding and other major industries." 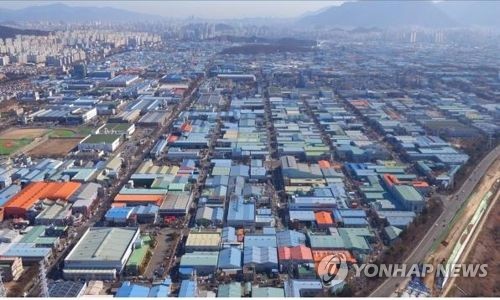