(SEOUL=Yonhap News) South Korean firms, led by LG Chem Ltd., are in a rush to tap into the electricity vehicle (EV) battery market, which is poised to further expand down the road, industry sources said Saturday.

LG Chem, a major chemicals and battery firm under the LG Group, announced early this week that it has decided to invest 436 billion won (US$387 million) in its Polish affiliate, LG Chem Wroclaw Energy sp. z o.o, in a bid to expand its electricity vehicle battery business.

The Polish company, set up in 2016, is wholly owned by LG Chem. The investment is aimed at expanding the unit's output capacity, according to LG Chem.

Last year, the company started building the EV battery plant in the East European country to take advantage of Europe's booming electric car market. The factory, expected to start operations next year, can produce 3 gigawatts worth of EV batteries a year, according to the sources.

LG Chem entered the EV battery business in 2009. The company has supplied batteries to global carmakers, such as Audi and Renault-Nissan, as well as others. It currently operates EV battery plants in China, the United States and South Korea.

In 2015, LG Chem started the operation of its new EV battery plant in China, eyeing growing demand on the back of Beijing's plans to tackle air pollution by introducing more eco-friendly cars.

Early this year, SK Innovation, a latecomer for the EV battery business, said it plans to double its EV battery production capacity, in order to meet growing demand.

The company is constructing two EV battery production lines in South Korea, which will churn out EV cells with a combined 2 GWh, larger than its current 1.9 GWh capacity.

Construction of the two production lines will be completed by the first half of next year, with their operations starting before the end of next year. 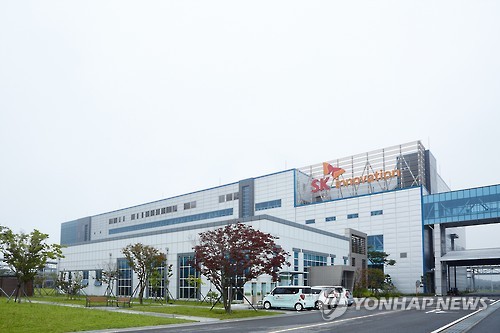 In 2015, SK Innovation already doubled its EV battery-making capacity. The company said it has an order backlog that will keep it busy for seven years.

SK Innovation has been pushing for the EV battery business since 2008 by expanding its global outreach as part of efforts to find new revenue sources.

In May, Samsung SDI Co., a chemical unit under Samsung Group, also completed the construction of its EV battery plant in Hungary, which is capable of producing batteries for 50,000 electric vehicles annually with operations expected to begin in the second quarter of next year.

Europe is leading the global EV market with its environment-friendly policy. The market for batteries is expanding fast, along with pure electric and hybrid car sales.

Such developments chime well with the Korean battery makers' drive to diversify their markets, after being hurt by China's protectionism policies that favor locals over foreign competitors.

"Korean firms' presence in the global EV battery market will further expand in tune with the growing EV market," said Park Gang-ho, an analyst at Daishin Securities. "Their sales will rise sharply down the road." 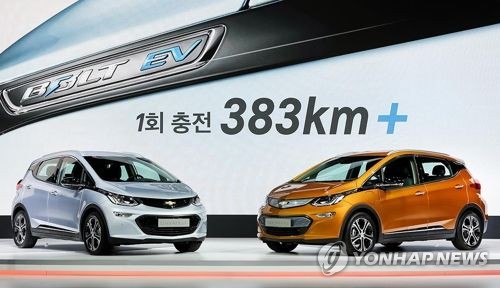