South Korea’s Crescendo Equity Partners, a private equity firm sponsored by Paypal co-founder Peter Thiel, is creating a 200 billion won ($176.8 million) fund to expand investment in Korean ventures. The fund will be raised in a blind pool or investment with no stated goal for the second time in the country following its first blind fund worth 75 billion won.

According to financial industry sources on Sunday, Crescendo Equity Partners is raising money to create its second blind pool fund in Korea by end of this year. It plans to raise 200 billion won in the first round and increase the volume afterwards through additional rounds of fund raising event. It is reported that the fund manager already has received investment worth 100 billion including 75 billion won from the state-run Korea Growth Investment Corp.

The private fund manager previously created its first blind fund worth 74 billion won in Korea. It has used up nearly 90 percent to invest in local firms, and its internal rate of return or the yield rate on fixed amount of capital investment has reached 39 percent.

Peter Thiel, chairman of Palantir Technologies, co-founded PayPal, the global online payment service, with Tesla CEO Elon Musk. Thiel is a big name in Silicon Valley, having invested, either privately or through institutions, in a number of promising start-ups including Facebook, LinkedIn, and Airbnb. 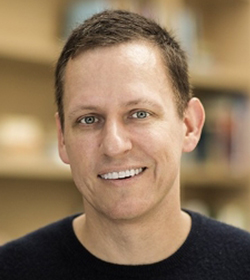