(SEOUL=Yonhap News) South Korea has faced no new import restrictions or related investigations by foreign countries for the past two months in a positive sign for the export-driven economy, data showed Tuesday.

No South Korean products were subjected to fresh import regulations in the form of anti-dumping duties, countervailing duties, safeguards or a combination of them during the July-August period, according to the data from the Korea International Trade Association (KITA).

Since reporting zero cases, the number of import restrictions on South Korean products had been on the rise. The figure came to one in February, two in March, five in April and May, and eight cases in June.

However, it's still too early to say that no reports of import restrictions for the past two months mean any change in growing protectionism across the globe, KITA said.

"Mid- and long-term developments should be examined to assess the trend in import restrictions," a KITA official said. "It's premature to judge that there is any change in the basic trend of toughening protectionism."

Meanwhile, South Korea was subject to 187 cases of import restrictions or related investigations by foreign authorities as of the end of August, down three cases from the previous month.

Anti-dumping investigations and regulations came to 145 cases, or 78 percent of the total, with 35 safeguards and seven cases where the punitive measures were combined. 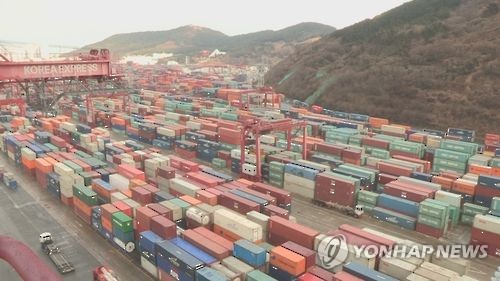