(SEOUL=Yonhap News) The second passenger terminal (T2) at Incheon International Airport will open in January next year, as it has been systematically integrated with the existing terminal, the country's largest air terminal operator said Sunday.

The integrated information system that connects the two terminals was completed Thursday, according to the Incheon International Airport Corp. (IIAC).

The merging allows simultaneous processing in both terminals for luggage and flights, among other functions, so that they can be operated as one single system.

The integrated system also enables some 6 million units of information to be processed every day, twice that of the existing system, the IIAC added. 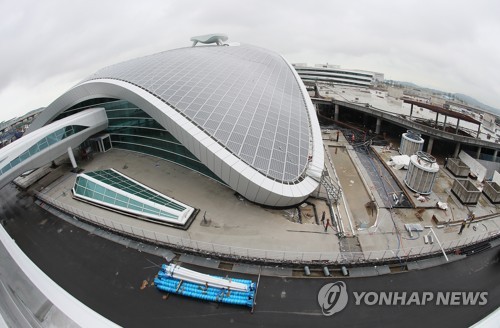