In a regulatory filing, Samsung Heavy said it would deliver the vessels by the end of 2019.

The shipyard did not reveal the name of the buyer, but industry sources are guessing the customer may be MSC, the world's second-largest shipping firm.

An earlier report has said that two South Korean shipbuilders -- Samsung Heavy and Daewoo Shipbuilding -- are expected to win a combined US$1.5 billion in fresh deals.

With the latest deal, Samsung Heavy has received orders valued at $6.5 billion so far this year to build 24 vessels. 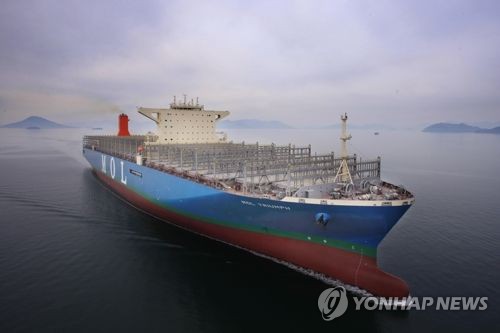