(SEOUL=Yonhap News) SK hynix Inc. said Thursday it will build a new research and development (R&D) center with an investment of 200 billion won (US$ 174 million).

South Korea's No. 2 chipmaker said the center will be located in Icheon, 80 kilometers south of Seoul, which is also the home of its headquarters.

SK hynix said the new center will be big enough for a workforce of 4,000, with construction expected to be finished in September 2019.

The company said the center will accommodate researchers currently working at different locations.

SK hynix has been expanding investment in R&D projects to beef up its competitiveness. SK hynix spent 2.1 trillion won on R&D last year, which is equal to 12.2 percent of its 2016 sales.

The company is expected to spend a record amount on development this year as well, with its investment estimated at 1.1 trillion won as of the first half of the year. 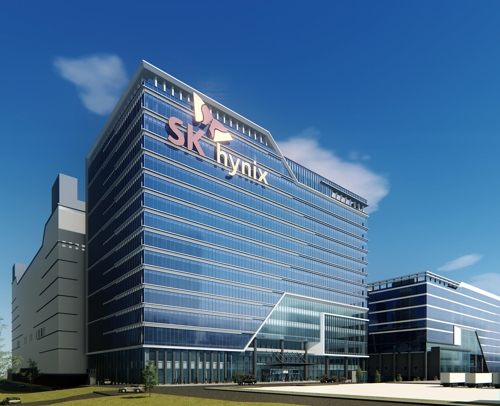