Korea Hydro & Nuclear Power Co. (KHNP) has gained approval on the modification to its APR-1400 nuclear reactor design from the European Utility Requirements (EUR), allowing the state energy firm to expand its presence in the global nuclear reactor market.

KHNP said on Monday that EUR, an advisory group for European utilities on nuclear power plants, approved changes to its APR-1400 reactor design. The state energy firm has built a number of nuclear reactors under the APR-1400 reactor design in Korea and the United Arab Emirates, and it modified the way nuclear reactor cools itself in case of emergency under European standards.

Gaining the approval from the EUR will allow KHNP to construct nuclear power reactors in European countries as well as those that require EUR certification like South Africa and Egypt, said the company.

The EUR, comprised of 14 nuclear reactor operators from 12 European countries, evaluates new reactors to be constructed in Europe in various aspects including safety and economic feasibility. European businesses that are actually interested in building new nuclear reactors participated in the approval process on APR-1400, creating more opportunities for KHNP to win new orders in Europe, said a KHNP official.

In 2014, the Korean energy firm applied for certification on the APR-1400 reactor design to the Nuclear Regulatory Commission in the United States and passed the third phase of the design approval process in August while its rivals from France and Japan gave up the certification or are still in the middle of approval process due to strict design standards.

KHNP has two new nuclear reactors Shin Kori 5 and 6 to be built under the APR-1400 design, but the construction has been on a temporary halt following the government’s decision to phase out from nuclear power. Currently, a civilian-led committee is studying the feasibility of the policy and the EUR’s design approval on the APR-1400 is expected to help easing safety concerns arising from the operation of nuclear power plants. 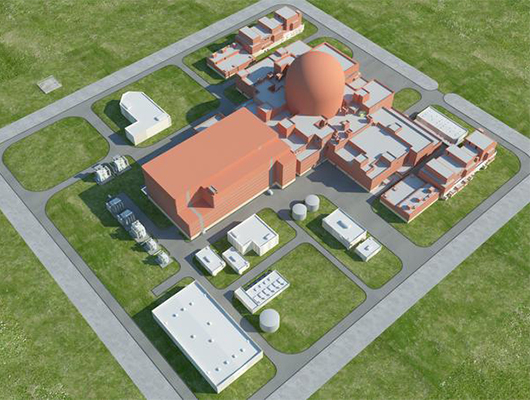