The total sales at local tourism-related companies came to 25 trillion won (US$22 billion) in 2016, up 12 percent from 22.3 trillion won tallied the previous year, according to the data compiled by the Ministry of Culture, Sports and Tourism.

The number of companies providing tourism-related services increased 16 percent on-year to 27,696 from 23,874 in 2015, the data showed. The figure includes those providing tour packages as well as operators of accommodation, casinos and convention centers for international conferences.

The ministry said the figures for this year are expected to decline, as the local tourism industry is suffering from a sharp drop in the number of Chinese tourists in the face of a diplomatic row between Seoul and Beijing over a U.S. anti-missile system here.

The number of Chinese tourists, which accounted for nearly half of all foreigners visiting South Korea last year, shed 61.2 percent on-year in August, marking six straight months of falling numbers. 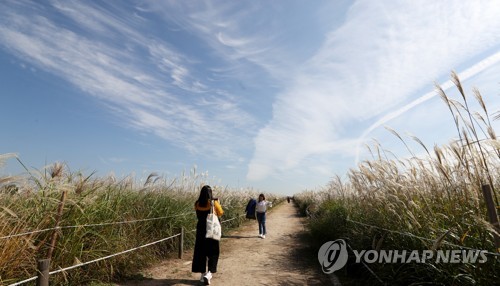