(SEOUL=Yonhap News) South Korea's exports of culture content and leisure service-related goods posted double-digit growth in the first seven months of the year on the back of the popularity of K-pop, government data showed Sunday.

According to the data compiled by the Ministry of Culture, Sports and Tourism, exports of the country's key 11 culture-related goods reached US$1.55 billion in the January-July period, up 23.5 percent from a year earlier.

In contrast, the country's imports of culture content, such as movies, TV programs and sports items jumped 6.8 percent on-year to reach $3.45 billion over the cited period, resulting in a trade shortfall of $1.85 billion, according to the ministry.

By item, overseas shipments of craft works reached $741 million, up 120 percent from a year earlier, followed by exports of movies and photos worth $348 million and sports-related goods worth $96.5 million.

Among others, exports of game-related goods more than doubled to $7.5 million, the data showed.

A total of $1.03 billion worth of sports-related goods was imported during the cited period, the biggest among others, followed by toys worth $457 million, movies and photos worth $297 million, and works of art valued at $264 million, they showed. 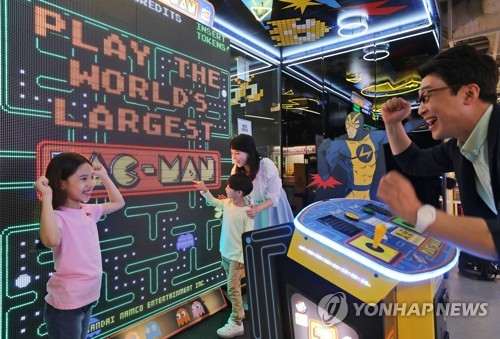