(INCHEON=Yonhap News) Incheon Port's container cargo volume has reached a record high in the third quarter of this year.

According to the Incheon Port Authority on October 30, the total volume of container cargo processed at the port in 2017 Q3 was 781,000 TEU (twenty-foot equivalent units), which is a 15.8 percent increase from a year earlier.

Ever since the Hanjin Incheon Container Terminal (HJIT) opened at the Incheon Newport located in the Songdo International Business District last year, it is continuously setting new records in terms of cargo volume for each month and annual quarter.

Incheon Newport is currently operating five container terminals, and processes a total of 660,000 TEU in the first half of this year.

When a new 2,000-TEU terminal opens next month, the port will be able to process and annual volume of 2.1 million TEU.

Should this trend go on, the Authority expects the port will have little trouble reaching its annual goal of 3 million TEU by the end of this year. 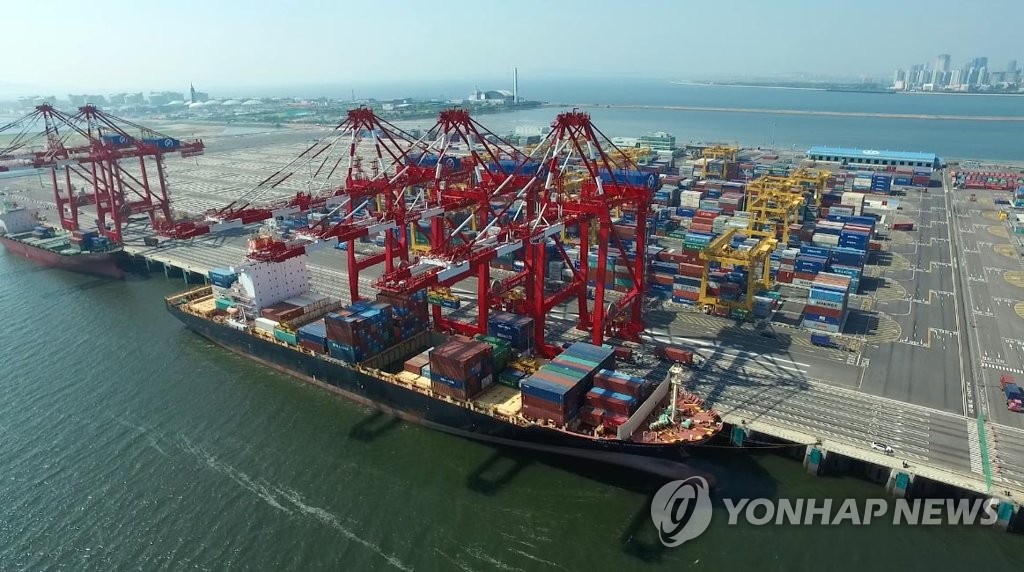