Korea Aerospace Industries Ltd. (KAI), Korea’s sole aircraft manufacturer, plans to branch out to commercial aircraft to widen its revenue base, according to its new chief.

The company which now entirely focuses on military aircrafts will design and assemble commercial airplanes as a mid to long-term plan, the company’s CEO Kim Jo-won, 60, told Maeil Business Newspaper on Wednesday.

“We benchmark top aerospace enterprises like Boeing and Lockheed Martin for future growth strategy. We will first accumulate key technology by building a mid-sized airplane with room for 70 to 100 passengers,” said Kim, a former official of the state Board of Audit and Inspection who was recruited from the ruling party.

KAI also eyes BAE Systems of the U.K. and Israel Aerospace Industries (IAI) that grew as total defense companies on their unique technology.

“If the per capita income goes from $30,000 to $50,000, the demand for air travel will go explosive. We will be able to create a market where we can beat rivals in China, Malaysia, Thailand, the Philippines and the Middle East,” he projected.

But Kim’s immediate task is to recover from a multibillion won corruption scandal that led to the arrest of its former chief. Operational transparency and management innovation is one of the key pledges put forward by Kim, who took office as president and CEO last month.

An upcoming bidding war for the $15.3 billion USAF Advanced Pilot Training Program (T-X) will be a challenging task on top of the mission to overhaul the company.

Market watchers say the government may back the company to support its export projects given Kim’s close link to President Moon Jae-in. 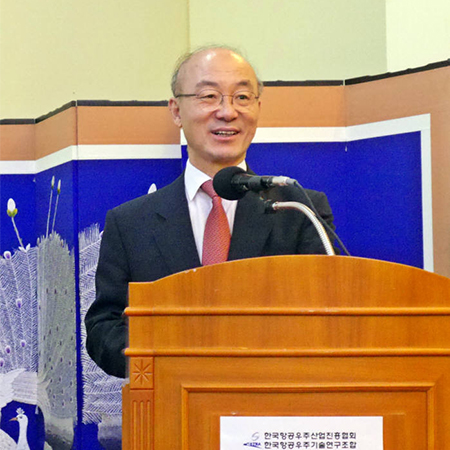 By Kim Jung-hwan and Minu Kim