Korea’s leading energy companies are rushing to seek growth chances abroad amid lingering uncertainties at home where the government is determined to phase out of fossil-fueled energy sources and nuclear reactors to promote renewable and clean energy.

According to energy industry sources on Sunday, Korea’s leading energy producer Posco Energy Co. signed an agreement with Vietnamese energy ministry early this month to develop 1,200-megawatt (MW) Quynh Lap II thermal power plant in central Vietnam. The Korean energy firm plans to complete business feasibility study for the development by the end of next year and construct the power station by 2026. It received a go-ahead from the Vietnamese government to build the power plant in May. Separately, it has been running an environmentally-friendly power plant using gas byproducts in Indonesia since 2014.

GS EPS Co., the country’s another leader in energy production, is also generating renewable energy abroad. Since 2012, it has been operating a 30-MW biomass-fired power plant in Dezhou city, east China`s Shandong Province to supply electricity to nearly 30,000 households in the region every day. A biomass-fired power plant produces electricity and heat by burning biomass such as stems and roots of plants, as well as tree bark.

State-run Korea Electric Power Corp. earlier this month inked a deal with Vietnamese government to manage 1,200-MW coal-fueled power grids in Vietnam for 25 years. Under the agreement, it will supervise the construction and operation of two supercritical coal power plants with a 600MW capacity each in Nghi Son Economic Zone, about 200 kilometers southeast from the capital Hanoi. The company expects to rake in about 15 trillion won ($13.6 billion) from the operation of the plants for 25 years.

The Korean government is moving fast to wean the country off nuclear power and fossil-fueled energy sources and shift to safer and cleaner renewables. Last month, the government announced a new energy roadmap that aims to cut the number of the country’s nuclear reactors from 28 units in 2022 to 18 in 2031 and 14 in 2038. 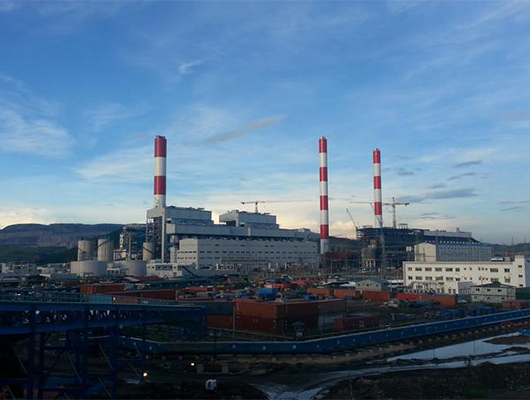 By Kang Doo-soon and Cho Jeehyun