Korea is set to start talks for a free trade agreement with the Eurasian Economic Union (EAEU), a Moscow-led economic bloc rich in natural resources with a combined population of about 180 million people.

According to the Ministry of Trade, Industry and Energy on Monday, trade representative Kim Hyun-chong visited Russia for three days from Nov. 20 to discuss the possibility of forging a bilateral FTA, with cooperation in not only trade and investment but also industrial and technological exchange.

Established in 2015, the EAEU is an economic and customs union comprised of former Soviet republics, including Russia, Kazakhstan, Kyrgyzstan, Armenia and Belarus.

A free trade deal between the two parties is expected to be mutually beneficial as Korea can export its industrial goods to the EAEU and ensure stable and cheap fuel imports from the resource-rich region.

The FTA would likely be a boon for Korean manufacturers in automotive, electronics and machinery industries. Automotives were Korea’s No. 1 export item to the EAEU last year, accounting for 18.7 percent of total exports at $979 million. Car parts (14.3 percent) were next at $747 million, followed by synthetic resin (4.6 percent) at $239 million, plastic goods (2.9 percent) at $151 million, and steel plates (2.6 percent) at $138 million. 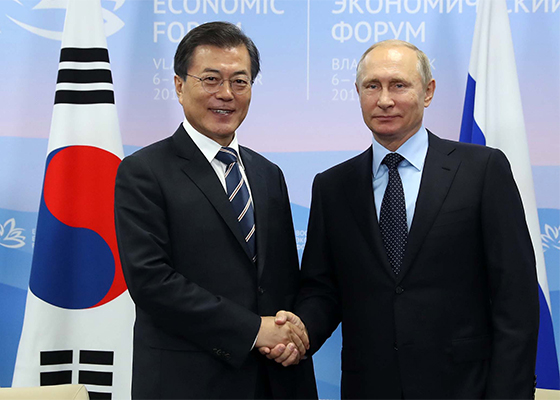 By Ko Jae-man and Kim Hyo-jin