KOTRA and the Ministry of Science and ICT co-hosted the event titled K-Global Silicon Valley for the two days starting November 15 at the Levi's Stadium in Santa Clara, California.

A total of 38 Korean SMEs with innovative technologies participated in the consulting sessions, where they met with 166 local buyers on 340 potential export deals (worth USD 79 million).

Interest was particularly high in autonomous vehicle companies, which accounted for 41 percent (USD 32 million) of the total amount discussed.

A conference also took place on autonomous vehicle industry trends in the United States and Korea.

At the event, Henrik Fisker, founder and CEO of the electric vehicle maker Fisker, noted, "as Korea leads the world in the fields of batteries and automotive electronics, there will be more opportunities in the future to work with Silicon Valley's leading companies in autonomous vehicle software and sensor technology."

Meanwhile, a total of some 1,300 representatives of Korean and U.S. future technology companies attended this year's K-Global Silicon Valley. 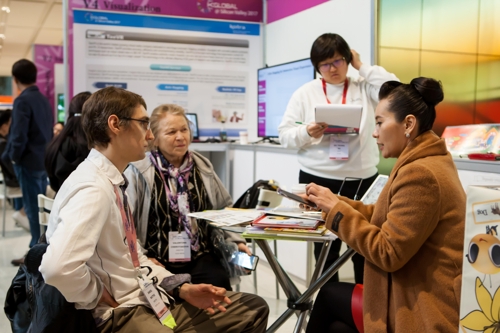