(SEJONG=Yonhap News) The National Agency for Administrative City Construction (NAACC) announced November 20 that it will push forward with the designation of a Foreign Investment Zone within the Administrative City’s Tech Valley in Sejong City.

Sejong Tech Valley is currently being constructed across 751,533 square meters of land in Jiphyeon-ri, Geumnam-myeon, Sejong City, between the Daedeok Innopolis in Daejeon City and the Osong Biovalley in North Chungcheong Province.

As part of the effort, the Administrative City has pursued the signing of MoUs or sent intents of investment to the world’s top three research centers (Ireland’s Tydall National Institute, the Brain and Mind Research Institute at the U.S. Cornell University, and Austria’s Christian Doppler Laboratories) and five foreign companies.

NAACC selected accounting firm Samjong KPMG as the project’s consulting company, and has decided to look into the actual feasibility of the project.

For the past three years, Samjong KPMG had acted as supervisor for attracting foreign investment to Buyeo, Icheon and Wonju regions.

NAACC Administrator Lee Wonjae noted the agency will “submit an application to the Ministry of Trade, Industry and Energy for the designation, and step up efforts in ongoing investment promotion projects to achieve concrete results,” and, “plans to attract advanced foreign companies and research institutes to act as an additional growth engine for Sejong Tech Valley.” 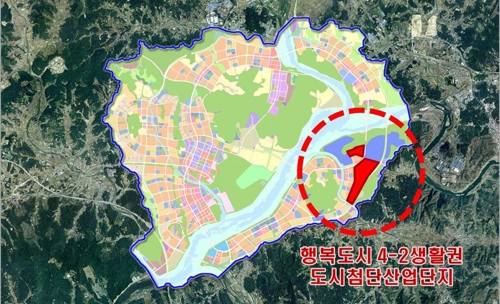