(INCHEON=Yonhap News) With the new international passenger terminal set to open in 2019, Incheon Port is stepping up efforts to attract investment to the adjacent marine culture and tourism complex Golden Harbor.

According to Incheon Port Authority (IPA) on November 23, it has tendered an application to the Incehon Free Economic Zone (IFEZ) Authority to revise the development and implementation plan for the project's Stage One site, which has finished undergoing construction for infrastructure installation, and takes up 212,000 square meters of Golden Harbor's entire 429,000-square-meter-site.

Located in Songdo International Business District's 9th Zone, Golden Harbor's Stage One site is currently divided into four comprehensive support areas, of which the largest is planned to be further divided into three sections.

Dividing the Stage One site into six areas will raise the accessibility of investors to each area, reinvigorating efforts to attract city-type entertainment shopping malls, hotels and officetels, IPA anticipates.

When procedures to change the FEZ development and implementation plan finalizes, IPA plans to issue an international call for bids in cooperation with sales related agencies, including the Public Procurement Office and the Korea Asset Management Corporation (KAMCO).

From Golden Harbor, the ocean is accessible to the West, South and North, raising expectations that it will serve as a tourist attraction for Incheon residents who previously have had limited access to waterfront facilities as well as foreign and domestic visitors who hope to enjoy marine culture.

Meanwhile, Incheon Port's new international passenger terminal, being developed by the national government and IPA since 2012, is well on its way to complete construction.

With berthing facilities that can simultaneously accommodate the world's largest 225,000-ton cruise ship and a 150,000-ton car ferry, the new terminal is expected to cause a sensation in the Korean marine tourism industry.

Incheon City estimates that the new terminal will bring in 400,000 cruise tourists in 2020, one year after its opening, and that this will induce a local economic effect of KRW 56.2 billion.

According to an IPA source, "Although Incheon is a port city, the majority of its residents had been unable to appreciate the sea for many years due to lack of accessibility. Golden Harbor will serve as a comprehensive tourism complex where tourists can visit by cruise ship or car ferry and enjoy shopping, leisure and recreational activities in one setting." 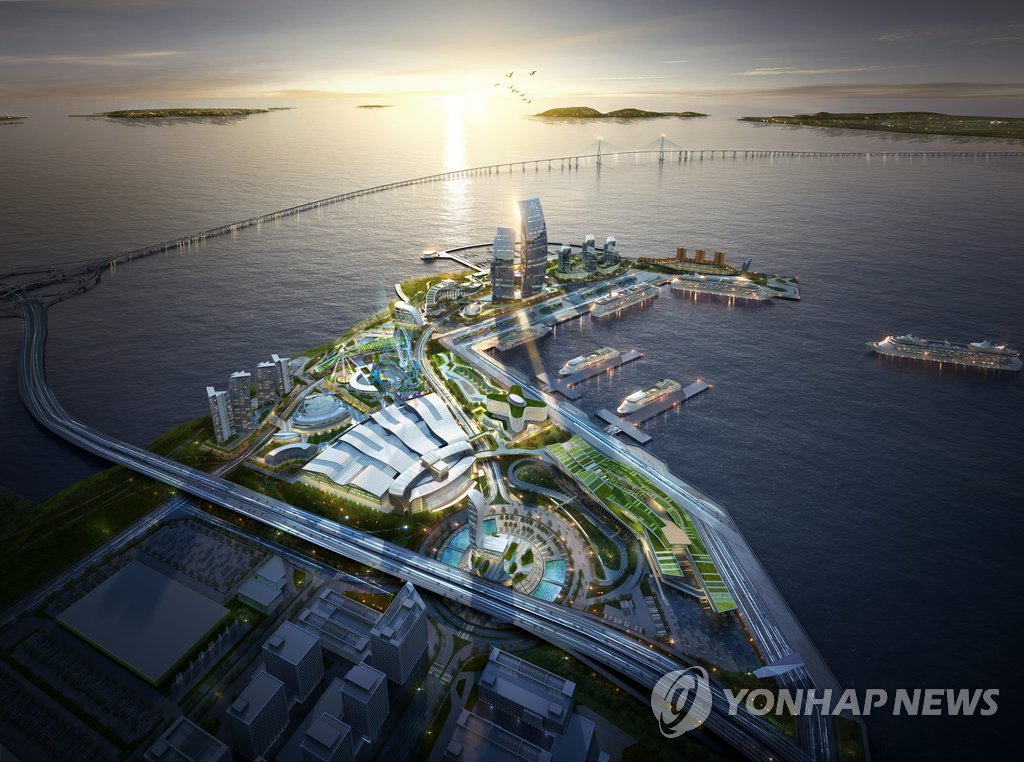