Biogen kicks off operations in Korea
Date
2017.11.27
Views
924
According to Pulse by Maeil Business News Korea,

Biogen which reported $11.44 billion in worldwide revenue last year has earned fame as an original developer of targeted cancer drug Mabthera marketed by Swiss pharmaceutical giant Roche. Mabthera is an originator drug of Truxima, a biosimilar from Korea’s Celltrion.

Hwang worked in various roles at Korean and multinational pharmaceutical companies including JW Pharm, Merck Korea and Abbott Korea. Prior to the new role, she led a business strategy team at Handok Pharm to market orphan drugs in Korea for U.S.-based Alexion Pharmaceuticals. 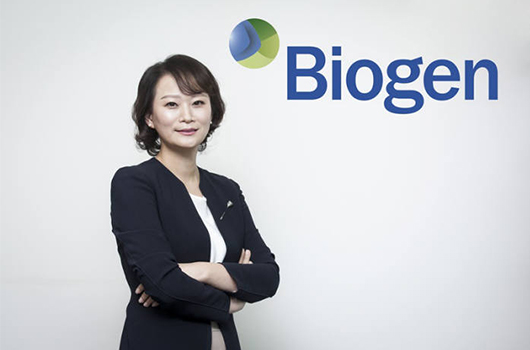 By Shin Chan-ok and Minu Kim