(INCHEON=Yonhap News) Incheon City announced November 24 that it will launch the project to build the third bridge to Yeongong Island, with architects working on the design next year, followed by the actual construction from 2020 to 2024, and opening of the bridge in 2025.

The KRW 500 billion needed for the entire project has already been secured during the Yeongjong and Cheongna development projects in 2006.

The new bridge is expected to revitalize efforts to attract investment to the Yeongjong and Cheongna Free Economic Zones, and ease the burden of bridge tolls for Yeongjong residents.

Incheon Mayor Yoo Jung-bok emphasized, "the city, now financially sound, will do its best to ensure the project is carried out according to plan." 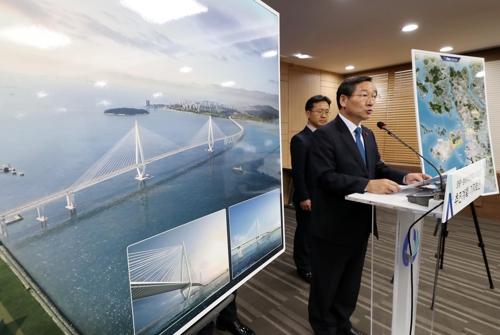