(GWANGJU=Yonhap News) Gwangju Metropolitan City is set to push forward with the Hub City of Asian Culture (HCAC) project on a full scale, starting by holding a deliberation on the project's main plan for 2019.

The plan includes building a new venue for the Gwangju Biennale, as well as the globalization of the song 'Imeul Wihan Haengjingok (March for the Beloved),' attracting attention as to whether the project will be selected in its original form.

On November 27 at the City Hall's third-floor small meeting room, Gwangju will hold a meeting of the HCAC Project Implementation Plan Deliberation Committee to discuss the annual implementation plan for 2019.

The annual implementation plan is an official plan established by the Gwanju city government based on the HCAC Project Master Plan.

Since August 2017, the city has formed advancement councils comprised of local experts and city representatives, who have drafted impelentation plans for 10 new projects and 31 ongoing projects.

The new projects include the construction of a new venue for the Gwangju Biennale, popularization and globalization of the song 'Imeul Wihan Haengjingok,' attraction of the 2021 UNESCO Creative Cities Network (UCCN) Annual Meeting, establishment of a research center for the Korea Culture Technology Institute, formation of the third Asian culture industry investment association, and opening of the Namdo Garam Museum of Nature and Ecology.

Ongoing projects include the creation of a UNESCO Media Art Creative Belt, operation of the Asian Culture and Art Promotion Hub Program, formation of High-Tech Realistic Content Production Clusters, and a symbolic media art festival for the City of Light.

The plan reflects the direction of the new national administration's policies on culture and the fourth industrial revolution.

In particular, the city has drafted new projects to succeed and develop the spirit of the May 18 Uprising in 1980.

Upon deliberation, the plan will be submitted to the Ministry of Culture, Sports and Tourism, and after negotiations between the city and the ministry and a reviewing process, it is expected to receive approval by March 2018.

On November 26, Gwangju Culture City Policy Officer Lee Hyosang noted, "the city will do its best to secure national funding so that the HCAC Project gets back on track,and work closely with the Ministry of Culture, Sports and Tourism so that the plan is approved in its current form." 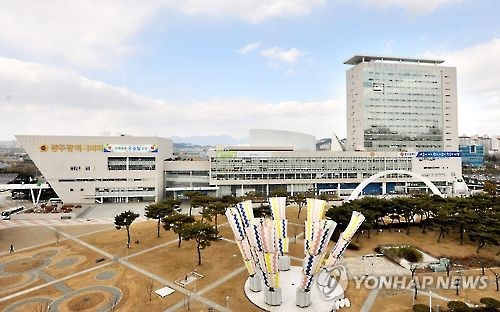