Korea’s total trade volume is expected to exceed $1 trillion in 2018 for two years in a row largely driven by strong semiconductor shipments and a recovery in domestic spending, data showed.

Korea International Trade Association (KITA), in a report released on Wednesday, projected Korea’s total trade volume next year to grow 5.4 percent on year to $1.11 trillion, exceeding the $1 trillion mark for two years in a row. Exports, which returned to growth this year for the first time in three years, are estimated to expand by 4.7 percent and imports by 6.3 percent next year to deliver a surplus of $94 billion.

KITA also forecast that this year’s total trade volume would surpass $1 trillion for the first time in three years, with exports and imports to reach $575 billion and $478 billion, respectively.

Global economic recovery led by the U.S. and the rapidly growing tech industry would continue driving Korean exports, KITA said in the report. Import growth would also likely continue thanks to a recovery in domestic demand and higher prices of oil and other raw materials, it added.

Nine of the 13 mainstay export items are predicted to grow next year.

In particular, semiconductor is poised to become the country’s first export item to hit a $100 billion milestone, with its shipments in 2018 forecast to gain 8.8 percent on year thanks to growing demand from rapid growth in internet of things and big data.

General machinery exports next year are also expected to grow 6 percent led by a recovery in China’s construction industry and increased infrastructure investment in developing countries. Petrochemical shipments are to rise 3.9 percent on rising oil prices and kickoff of new and expanded facilities operation. Vehicle and auto parts exports are forecast to grow 5.9 percent thanks to revived demand, new launches and improved relations with China.

Ship exports, however, are predicted to nearly halve next year due to a reduced order backlog. Steel shipments will also likely fall 9.1 percent on year amid intensifying competition from Chinese rivals and stricter trade restrictions in the United States. 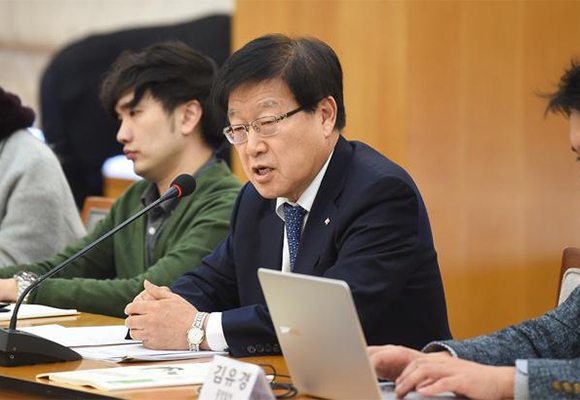