Mercedes-Benz has tapped South Korea to host the world’s first speedway branded with its high-performance label AMG as it seeks to expand its presence in Korea’s rapidly growing luxury car market.

The German carmaker has agreed with Korea’s Samsung C&T Corp. to rebrand Everland Speedway to AMG Speedway, said Dimitris Psillakis, chief executive of Mercedes-Benz Korea, at a press conference on Thursday. The two companies aim to open the speedway with the new name and added facilities early next year.

“The speedway will house special facilities for AMG owners, including an exclusive lounge and parking lot, all of which will help cement brand loyalty among our customers,” said Psillakis.

The move is also in line with the carmaker’s aim to further boost sales in the Korean market. The company sold 2,359 AMG vehicles in Korea in the January-October period, up a whopping 34 percent year over year.

AMG was founded in 1967 by two racing engineers Hans Werner Aufrecht and Erhard Melcher, whose last names were combined with Großaspach, Aufrecht`s birth town, to form the company label. AMG became a wholly-owned subsidiary of Daimler AG in 2005.

AMG models are generally the most expensive and highest-performing variant of each Mercedes-Benz class. 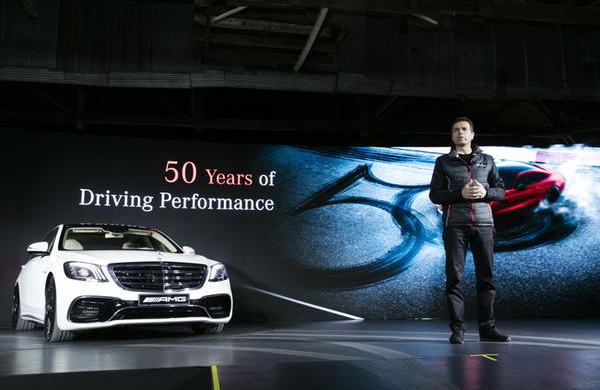 By Kang Young-woon and Kim Hyo-jin