According to the report by the Korea Center for International Finance, Barclays, Goldman Sachs and seven other foreign IBs have forecast Asia's fourth-largest economy to expand at an average rate of 2.9 percent next year.

The forecast, made at the end of last month, is slightly up from the median growth projection of 2.8 percent presented a month earlier.

Of the nine foreign institutions, five have revised up South Korea's 2019 growth predictions, with Barclays and Goldman Sachs offering the highest rate of 3.1 percent.

The IBs have also hiked their 2017 growth forecast for the economy to 3.1 percent from an earlier 3 percent, with Goldman Sachs and JP Morgan presenting the highest projection of 3.2 percent.

On top of the foreign IBs, the South Korean government and international institutions, including the International Monetary Fund and the Organization for Economic Cooperation and Development, have predicted the economy to grow 3 percent in the coming year.

In its latest report, the Korea Development Institute said Wednesday that the economy is expected to grow 2.9 percent next year, slowing down from this year's estimate of a 3.1 percent expansion. 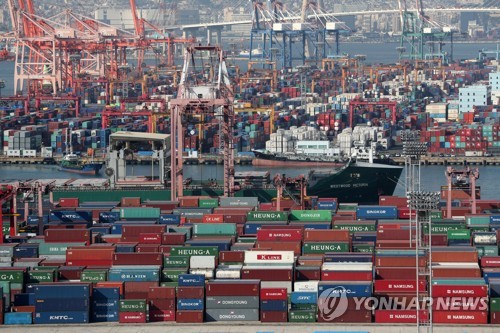