Based on the MoU, the county will develop an aerospace industrial complex on a 390,000-square-meter site near the Muan International Airport.

Muan expects the two-stage project to create 1,000 new jobs, and invigorate efforts to attract related industries to the county if investment in the high-added-value industry of aircraft MRO is carried out as planned.

Acting mayor of Muan Park Jun-su noted, "the effect of the MoU has doubled as it coincided with the decision to have the Honam Express Railway stop by Muan International Airport," and emphasized, "as not only Muan but the entire province of South Jeolla has long hoped to revitalize the Muan International Airport, the county will provide every possible administrative support to make it happen." 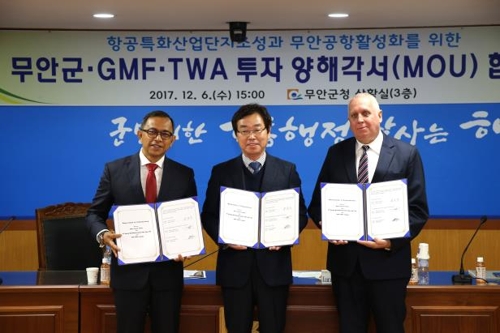