Korea’s healthcare, medical and personal care product exports for this year are expected to reach $11.7 billion thanks to brisk sales of biosimilar drugs and cosmetics, government data showed.

The Ministry of Health and Welfare said Thursday that it estimated this year’s healthcare, medical and personal care product exports to jump 14.3 percent from a year ago to $11.7 billion based on the January-September export result, which reached $8.60 billion, up 15.5 percent on year. In the first nine months of this year, drug, medical device, and cosmetics imports rose 5.9 percent on year to $8.19 billion, leading the country’s trade surplus in the sector to amount to nearly $400 million by the end of September.

By item, medical and pharmaceutical drug exports in the January-September period surged 12.3 percent on year to $2.72 billion while imports rose 3.9 percent to $4.36 billion. In particular, biosimilar drug exports made up a 30.1 percent, or $820 million, of the total drug exports.

Thanks to the brisk sales of biosimilar drugs, medical and pharmaceutical exports to the United States soared 173.7 percent from a year ago, replacing Japan as Korea’s largest trade partner in drug sector this year.

Medicine exports to the U.S. reached $300 million, followed by Japan with $290 million, China with $230 million, and Brazil and Hungary with $150 million each.

The Korean government and companies have recently upped investment in the healthcare sector to cultivate it as their new growth engine. Among major conglomerates, Samsung Group has been aggressive in fostering the growth of its biosimilar business through Samsung BioLogics while other leading pharmaceutical companies are actively seeking to sell their novel drugs in overseas markets. Korea’s cosmetics are also gaining popularity abroad. 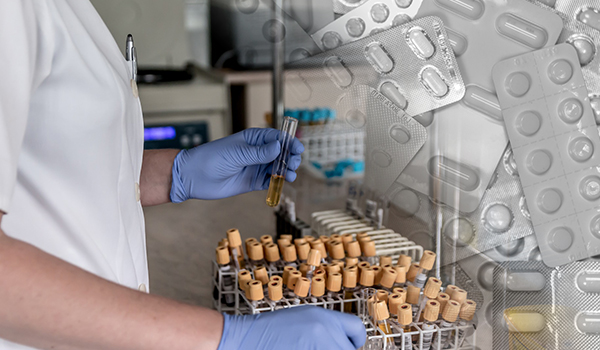 By Yeon Gyu-wook and Cho Jeehyun