The corporate population in Korea saw a jump in fast growers, new entries, and surviving startups last year after years of anemia to suggest improvement in dynamism in the Korean economy, data showed.

According to data released by the Statistics Korea on Thursday, the number of so-called gazelle companies totaled 1,096 last year, growing 9.8 percent from the previous year and ending five straight years of downward trend. The figure hit a high of 1,214 in 2010 but had been shrinking since then.

A gazelle typically refers to a small and medium-sized company that is increasing its revenue at a rate of 20 percent or more for four years or more.

Business survival rate also improved compared to a year earlier. The survival rate of one-year-old companies averaged at 62.7 percent, up 0.3 percentage point from a year ago. That of five-year-old rose 0.2 percent point on year to 27.5 percent, the highest since the statistics office began compiling such data.

A total of 876,000 companies started business in 2016 and marked a record high since the agency started compiling the data. Birth rate of companies, which refers the number of one year old or younger companies relative to the total number of businesses in operation, recorded 15.2 percent, up 0.6 percentage point from a year earlier.

The economic conditions recovered in 2016, and a slew of government’s efforts to nurture startups over past years have begun to pay off, said Lee Mi-soon, an analyst at Korea Small Business Institute. 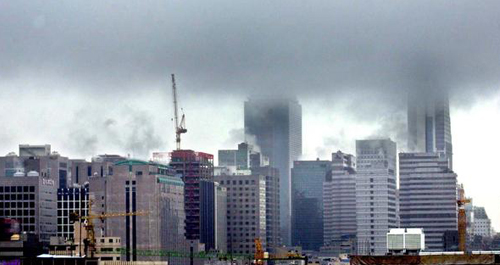 By Moon Jae-yong and Cho Jeehyun