(SEOUL=Yonhap News) The government said Friday it will push legislation early next year to promote the production and use of supermini vehicles as a means of saving energy.

Ultra-small vehicles will include those with less than 250 cc in engine capacity or 15kW in rated output, that are lighter than 600 kilograms and have a maximum speed of 80 kms per hour, the Ministry of Land, Infrastructure and Transport said.

In comparison, vehicles with up to 1,000 cc in engine capacity are categorized as small cars under the Automobile Management Act.

The ministry said it will consider a range of benefits for the production and use of ultra-small vehicles, including collecting less parking fees, insurance premiums and taxes.

"We are planning to implement the new regulations during the first half of next year in close cooperation with the National Police Agency and other relevant government agencies," a ministry official said.

Renault Samsung Motors Co.'s Twizy micro electric vehicles are currently categorized as small cars, although the one- or two-seater fits the ultra-small vehicle category under the new regulations.

As many as 273 Twizys have so far been imported into South Korea.

The Twizy produces no emissions and can travel up to 55 kilometers on a single charge with its maximum speed reaching 80 km. It can be fully charged in three hours and 30 minutes.

EV maker Saean recently unveiled the WID-U, a one-seat, three-wheeled electric scooter that can travel up to 100 km on a single charge. Excluding government subsidies, its price starts at 6.5 million won (US$ 6,000)

Saean plans to release a four-wheeled ultra-small EV, the WID, during the first half of next year.

A few others are also set to produce ultra-small EV models next year. They are Daechang Motors, a maker of golf carts, Semisysco, a semiconductor equipment maker, and Cammsys, a camera module manufacturer. 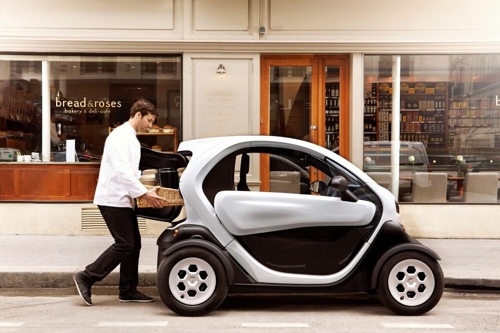