Korea’s main gateway Incheon International Airport will open its new passenger Terminal 2 on Jan. 18, ahead of the 2018 PyeongChang Olympic Winter Games that kicks off next month.

The terminal will be first unveiled to the public at an opening ceremony on Jan. 12.

The first flight at the new terminal would be arriving from New York, followed by an outbound flight for Manila.

Construction of the second terminal began in 2009 and has cost 4.9 trillion won ($4.58 billion) so far. The terminal covers an area of 384,336 square meters and is capable of accommodating 18 million passengers annually. It will service four airlines including Korean Air, Delta, Air France and KLM.

The fourth stage of construction, which involves a fourth runway and expansion in the entry roads and apron area, is scheduled to be completed in 2023.

The T2 will operate separately from the first terminal and feature its own check-in counters, security check points and customs and quarantine services. It will be equipped with 62 self check-in kiosks to double the passenger handling capacity compared to the T1 that could save 20 minutes in clearance time. The installation of 24 body scanners would also speed up the screening process. 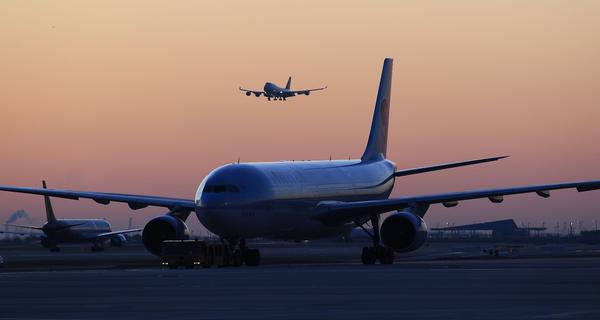 By Ji Hong-goo and Kim Hyo-jin