Korea’s telecom giant KT Corp. has opened a drone education center on an island off Korea’s west coast that will train farmers who account for nearly 80 percent of the island’s total population to use drones in farming.

KT said on Tuesday that it opened the KT Giga Island Drone Center on Imja Island in Sinan County, South Jeolla Province. The center is divided by several training rooms that each will serve for different purposes including teaching drone operation basics and offering simulation equipment. KT will also rent the residents agricultural drones and issue drone licenses.

About 80 percent of residents on Imja Island are engaged in farming but they often face challenges in spraying pesticide on crops due to the aging population and labor shortage.

The drone education center will not only provide training service of agricultural drones but also other types to residents including students.

An unnamed official from KT said the company hopes the new drone center can help Imja Island residents use drone technology in their farming more effectively. 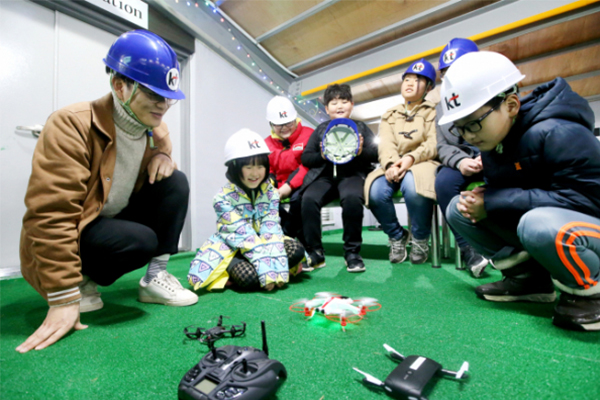 By Seo Dong-cheol and Lee Eun-joo