The scheme will go through a feasibility test before it is implemented, the ministry said.

The funds, if approved, will be spent on developing 18 parts to replace those imported from abroad or on exporting new technologies into overseas markets, it said.

"We plan to create 22,000 new jobs by fostering the railway vehicle parts industry and to catch up with global rivals by achieving up to 90 percent of their capacity by 2026," a ministry official said. 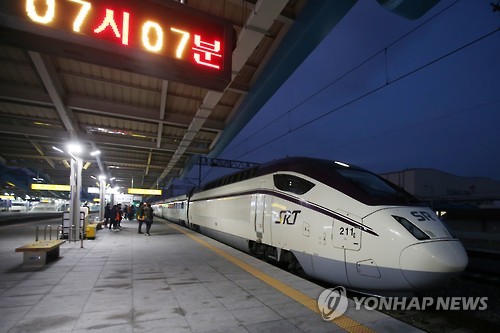 In this file photo taken on Dec. 9, 2016, a bullet train enters Songjeong Station in Gwangju, 329 kilometers southwest of Seoul, en route to the capital city. (Yonhap)