(SEOUL=Yonhap News) Last year, the number of commercial and business real estate transactions in Korea surged by 49 percent from the year before.

According to an analysis of Ministry of Land, Infrastructure and Transport statistics released on January 19 by the Commercial Information Research Institute, a company specializing in real estate for profit, a total of 37,135 units of commercial and business real estate (commercial buildings, office buildings, officetels, etc.) were transacted in December 2017.

This the second largest number of monthly transactions on record after August 2017 (38,118 units).

For the entire year, a total of 384,182 units were transacted in 2017, the greatest number of annual transactions since data collection began in 2006.

After 35,547 transactions were made in September, the number went down to 28,714 in October partly due to the ten-day holiday, but rebounded in November and December with 37,030 and 37,135 transactions, respectively, continuing the boom until the end of the year.

One explanation in the industry for the commercial and business real estate leasing and investment boom is the growing number of retired baby boomers who are starting new businesses.

Another is the upturn in investment in real estate for profit due to low interest rates, as well as the balloon effect of the government's housing market stabilization measures, all of which have fueled last year's growth.

However, with interest rates expected to rise and government regulations set to kick in, it appears as if the market for real estate for profit will contract this year.

Lee Sang-hyeok, senior researcher at the Commercial Information Research Institute, noted, "while it seems as though the popularity of commercial and busniess real estate will continue throughout this year, there are potentially negative factors such as interest rate hikes and loan regulations, so it may be wise to exercise caution when making an investment." 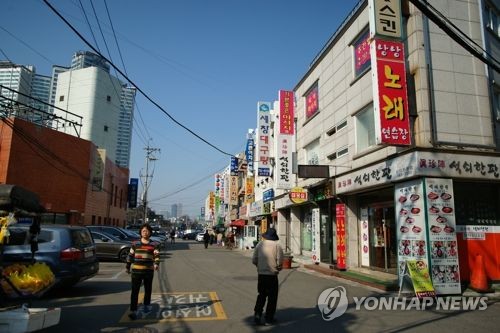