(SEOUL=Yonhap News) Korea's leading shipyards had the top three order backlogs among global shipbuilders at the end of 2017 due mainly to work received before the worldwide drop in demand, industry data showed Sunday.

Industry insiders said that South Korean yards also led the order book pack in late 2016, although with the exception of HHI, the size of the backlogs are falling. Samsung Heavy last year placed second in terms of backlog size ahead of Hyundai Heavy.

"South Korean yards were fortunate in getting their orders before the drop in demand for ships brought on by the slowdown in the global economy, but the situation is not all good at present," a source said.

He stressed local yards must continue to win new orders if they want to stay ahead of rivals.

Related to the need to secure fresh orders, HHI recently reported winning a US$220 million order for three liquefied petroleum gas carriers from Kuwait with Samsung Heavy and that its $3 billion contract for a floating production storage and offloading platform is moving forward on schedule for delivery in the second half of this year.

DSME has said it is working on a deal to seal a key contract in the coming weeks that may increase its workload. 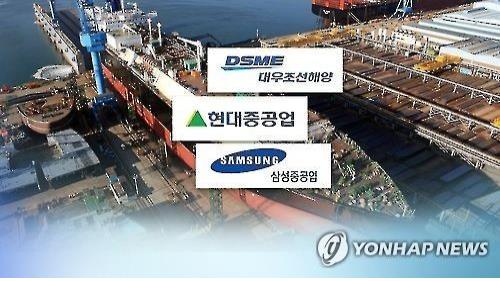