The Korea Tourism Organization (KTO) plans to unfold a two-track approach where it focuses on stabilizing inflows of visitors from such countries as China, Japan and the United States, while diversifying its portfolio by attracting people from other countries, including Vietnam and India.

"In order to overcome the Korean tourism industry's weakness of being susceptible to external factors, such as global politics or economic issues, we need a paradigm shift from seeking a quantitative growth to a more qualitative one," said Kang Oki, acting president of the KTO.

A total of 13.3 million foreigners visited Korea last year down 22.7 percent from a year earlier, according to data from the KTO.

The drop has been widely expected as Beijing has banned its travel agencies from selling Korea-bound trips since mid-March, in apparent retaliation over Seoul's deployment of the U.S. Terminal High Altitude Area Defense system.

The number of Chinese nationals who visited South Korea stood at 4.16 million last year, down a sharp 48.3 percent from 8 million tallied the previous year. The Chinese accounted for nearly half of the 17 million foreigners who visited Korea in 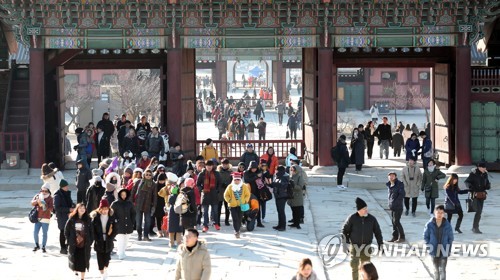