The Korean company said on Tuesday it signed a memorandum of understanding with the German engine maker to jointly develop and commercialize ME-LGIP dual-fuel engines with more than 6,000 horsepower that would be used to power large vessels.

Hyundai Heavy Industries will capitalize on MAN’s technological prowess in LPG engines to perfect the design and safety simulation of dual-fuel engines. It also expects to conduct a survey on shipowners to gauge demand.

“We’ve developed expertise in gas handling over the years of building more than 150 LPG carriers,” said an official from Hyundai Heavy Industries. “We plan to maintain our competitive edge in eco-friendly vessels by getting an early start in using LPG as fuel for marine engines.”

The shipbuilder developed its first marine engine in 1979 and since 1987 has remained the world leader, occupying more than a 30 percent share in the global market. 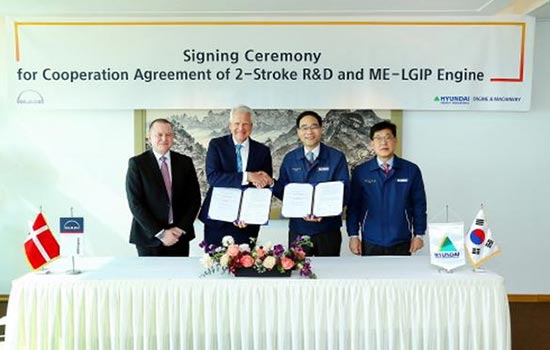