Samsung Electronics Co. will break ground for a new foundry in Hwaseong, south of Seoul, on Friday with an aim to start mass-producing below-7 nanometer chips in the second half next year and make headway in the race for customized computer chips to power smart and robotics devices.

The world’s largest foundry player Taiwan Semiconductor Manufacturing Co. (TSMC) has begun testing mass production of 7-nanometer micro chips this year with a plan to roll out prototypes for Taiwan’s fabless semiconductor firm MediaTek in the second quarter. It is scheduled to start mass producing the chips in full gear early next year.

Foundry is a business of manufacturing and packaging chips upon client orders, and global foundry players are in strong competition to produce chips on next-generation nanometer technology, in which smaller number represents higher level of generation and more powerful chips.

Samsung’s new foundry will be equipped with more than 10 extreme ultraviolet (EUV) exposure devices that are essential in processing chips below 7 nanometers. Since a EUV device costs roughly 150 billion won per unit, the chipmaker will be expensing between 3 trillion and 4 trillion won solely for purchasing the devices plus some other equipment. The company plans to announce a roadmap for 6-nanometer chip soon.

Meanwhile, the Korean tech giant expects its new fab would contribute 15.3 trillion won to the national economy and hire 53,000 people, according to a company official. 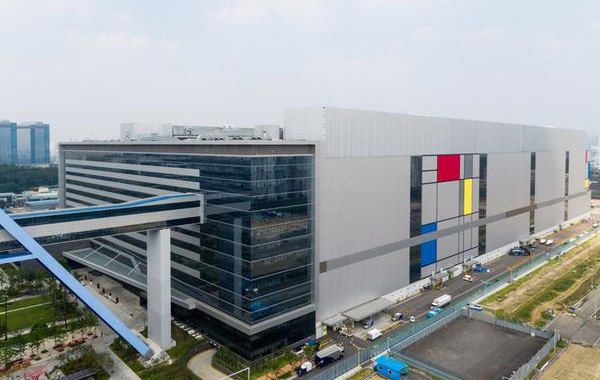 By Lee Dong-in and Cho Jeehyun