The 18 megawatt-capacity Hanamizuki Solar Power Plant in Ishikawa Prefecture is scheduled to be completed by March 2019, the company said.

The plant will supply electric power that can be used by 5,000 households over the next 20 years, corporate sources said.

LSIS won the contract on a full turnkey basis, which means the company is in charge of the design and building, and will take charge of installation and operation.

"We hope that the company will be able to secure an edge in Japan's solar power market by operating and maintaining the plant in the coming years," said a company official who asked not to be named.

The construction is the third largest solar power plant project in Japan. Previously, the company won an order to build the Mega Solar Park Power Plant in Ibaraki Prefecture and also inked another deal in Chitose, Hokkaido. 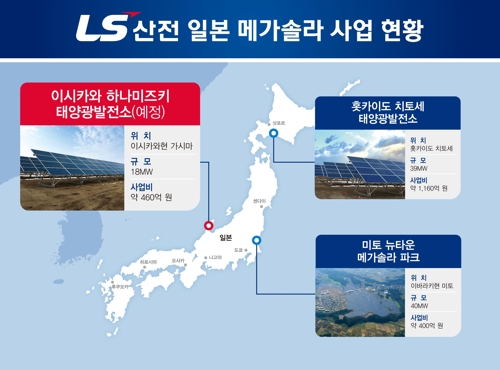