Samsung Electronics Co. on Friday has begun building extreme ultra violet (EUV) lines at an investment of $6 billion at its semiconductor plant in Korea, a move that is expected to enable the South Korean chip giant to produce more powerful semiconductors.

According to Samsung Electronics on Friday, it has embarked on the process to install new lines dedicated to EUV lithography process, which is considered a next-generation semiconductor fabrication technology enabling the production of smaller, but powerful chips, in its semiconductor plant in Hwaseong, Gyeonggi Province in Korea. The company aims to begin operations at the new lines in 2020 after their construction is completed in the second half of 2019.

The Korean chip maker believes the EUV line could be a key to future nanometer process technology amid growing industry demand for high performance and power efficient chips that need application of finer circuits.

The semiconductor industry expects chip performance and power efficiency to be significantly enhanced once EUV machinery is mass produced. Overall chip productivity will also be improved as the process to etch patterns on wafers will be simplified.

Samsung Electronics plans to apply this miniaturization technology in producing cutting edge chips that require high performance and power efficiency such as mobile devices, servers, networks, and super computers. It will inject $6 billion in installing the new EUV lines by 2020 with additional investment planned if necessary depending on market conditions.

“The (new) line will play a pivotal role as Samsung seeks to maintain a competitive edge as an industry leader in the coming age of the fourth industrial revolution,” said Kim Ki-nam, president and chief executive of device solutions at Samsung Electronics. 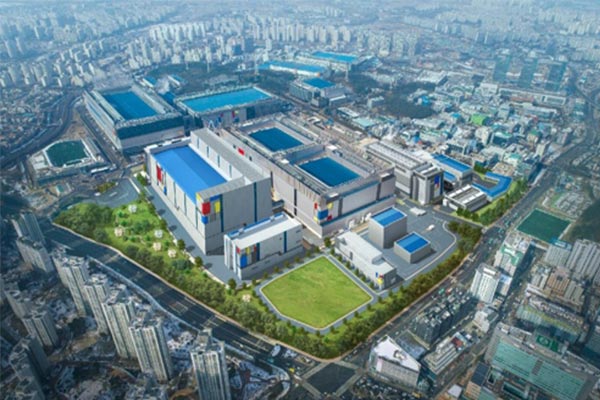 By Lee Dong-in and Lee Eun-joo