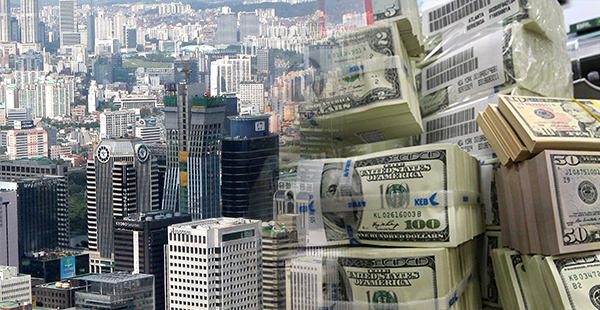 Foreign direct investment to South Korea rose to a second-highest for the January-March period thanks to the return of Chinese investors amid a recovery in Seoul-Beijing relations and growing interest in the country’s semiconductor and autonomous vehicle technologies.

According to the Ministry of Trade, Industry and Energy on Wednesday, foreign investors pledged $4.93 billion in direct investment in the country during the first three months this year, up 28.1 percent from a year earlier. It is the second largest ever for the first quarter. But the figure was down 2.9 percent on year in actual investment term.

The investors from the European Union committed $1.87 billion won, more than doubling from a year ago, while their actual investment made in Korea recorded $1.1 billion, down 2.9 percent over the same period. The European investors invested more than $100 million in semiconductor materials and self-driving car parts manufacturers.

Chinese investors pledged $1.05 billion investment, up by more than 500 percent from a year earlier after the Korea-China relations have improved following the bilateral summit talks in December, said the trade ministry. China’s foreign direct investment shrunk sharply last year with Beijing’s tougher rules on overseas remittance and investment, as well as the year-long diplomatic row between the two countries over Seoul’s host of a U.S. missile defense system.

But actual investment made by Chinese investors in Korea was down 47.8 percent on year to record $22 million for the first quarter.

Foreign capital investment pledged in Korean manufacturing sector recorded $1.54 million, up 58.6 percent on year, with an increase in the joint venture for transportation equipment and electric, electronics devices.

Offshore investors’ commitment in the service sector also grew 18.6 percent on year to $3.34 billion in line with growing digital transformation in financial services, creating new demand for cloud computing and IT platforms.

Job-generating greenfield, or facility, investment rose 16.2 percent on year to hit a record high of $3.56 billion for the first quarter. Mergers and acquisitions also expanded 73.8 percent to $1.38 billion on increased joint ventures.

A trade ministry official said the foreign direct investment in Korea is expected to keep up the upward momentum but warned of risks from the U.S-China trade war disturbing global trade and U.S Fed’s anticipated additional rate hikes. But easing geopolitical tension in the Korean peninsula with improvement in inter-Korean relations and recovery in economic ties with China may cushion some shocks, the official said.

By Ko Jae-man and Cho Jeehyun