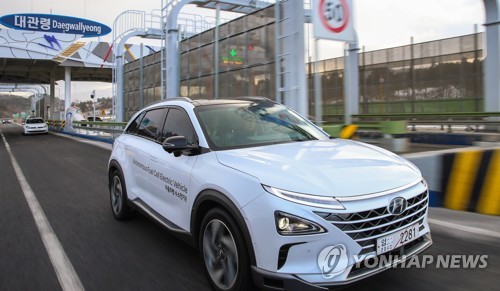 (SEOUL=Yonhap News) A ruling party lawmaker has presented a bill to allow the operation of self-driving vehicles and drones without restrictions in two pilot cities being built in Busan and Sejong.

The bill, presented by Rep. Hwang Hee of the ruling Democratic Party and jointly prepared with the Ministry of Land, Infrastructure and Transport, calls for fourth and fifth generation self driving cars to hit the streets, with drivers using smartphones and other gadgets to control the vehicles.

People will also be allowed to fly drones in the cities without getting permission from the relevant authorities.

"We are planning to provide drastic deregulation in the pilot smart cities so they can be built up with an innovative ecosystem that can help private firms operate freely," a ministry official said.