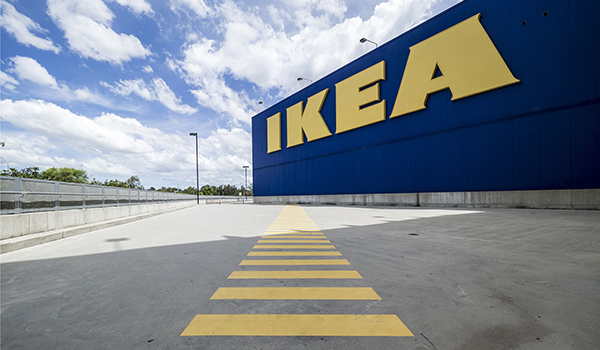 IKEA Korea, Toray BSF and Shansho Korea - foreign-based companies having operations in South Korea - have received ministerial commendation for their large-scale investments in the country and contribution to job creation, the Ministry of Trade, Industry and Energy said Wednesday.

IKEA Korea, the Korean operation of Swedish furniture group IKEA, has invested a total of $460 million, with $260 million in 2017, since its entry into the country in 2014. The ministry also credited the company for contributing to the regional economy by hiring 1,720 people as of January this year.

IKEA Korea plans to open six stores by 2020, according to sources. Its first Korean store in Gwangmyeong, Gyeonggi Province, recorded more than 360 billion won ($337 million) in revenue in 2017, and second store in Goyang that opened in October has also been drawing many shoppers. It recently bought lands in Yongin, Busan and Gyeryong in South Chungcheong Province, spurring speculation that it would build its next stores in these locations.

Toray BSF, a battery separator film (BSF) maker, was another foreign company to win the award after making a cumulative investment of $680 million since it began operation in the country in 2008 in Gumi, North Gyeongsang Province. It signed an initial investment agreement worth $325 million at that time. The company was also credited for creating more than 50 new jobs every year and investing additionally in facility expansion and research and development.

It has been supplying its BSFs, one of the core materials for lithium-ion secondary batteries, to local battery makers Samsung SDI Co. and LG Chem Ltd. and some Japanese companies.

The other award recipient Sansho Korea, the Korean operation of Japanese major machinery and machine tools manufacturer Nihon Sansho Co., was recognized for investing total $3.8 million in its business in the country. It was also praised for job creation and contribution in enhancing competitiveness of Korea’s electronic communication and auto parts industries.

By Ko Jae-man and Choi Mira