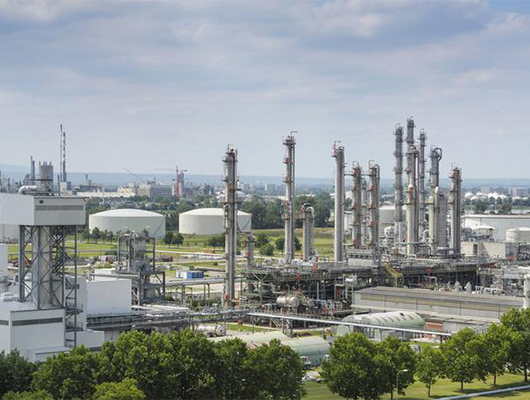 Germany-based leading chemical producer BASF SE has kicked off the operation of the expanded production lines in its Korean factory to make it the company’s second largest production base in the world.

BASF said on Wednesday that it has embarked on the operation of the newly added lines to its Korean factory in Yeosu, South Jeolla Province. Following the expansion, the Korean facility has become BASF’s second largest production post in the world with an annual high-temperature resistant thermoplastic output of about 12,000 tons, doubled from the previous production. Its biggest global manufacturing site is located in Germany.

More than 90 percent of products to be churned out from the Korean factory will be shipped to the Asia-Pacific region including China and Japan. High-temperature resistant thermoplastic, the mainstay product of BASF Korean factory, is used to make parts for electronics, vehicles and aircrafts.

BASF established its first Asian factory in Yeosu in 2014 and exports from the Korean factory last year reached a $900 million mark.

BASF has committed to invest in its Korean operations, one of its core global production posts that mainly serves clients in the Asia-Pacific region, said an official at the company.

By Lee Dong-in and Lee Ha-yeon