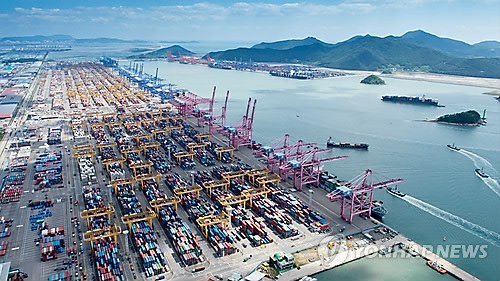 (SEJONG=Yonhap News) South Korea's exports rose 8.3 percent on-year during the first 20 days of April on the back of brisk sales of semiconductors and petrochemicals, customs data showed Monday.

The country's outbound shipments reached US$32.82 billion in the April 1-20 period, according to the data from the Korea Customs Service.

The country's exports have been growing since November 2016.

On the other hand, ships and mobile communication equipment saw their shipments decline 57.6 percent and 34.8 percent, respectively.

Exports to China, the U.S. and Japan shot up 23.8 percent, 1.3 percent and 28 percent on-year, with numbers for the European Union and Vietnam declining 30 percent and 12.4 percent over the cited period.

Imports also increased 20.8 percent to some $30.87 billion, resulting in a trade surplus of around $1.94 billion, the data showed.