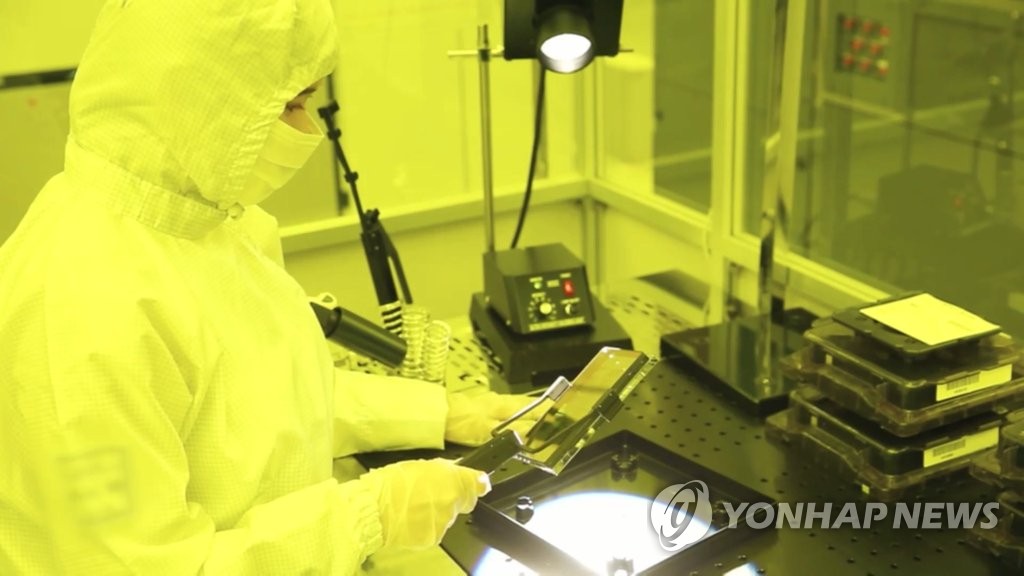 (SEOUL=Yonhap News) In the midst of a booming global semiconductor industry, the share of information and communication technologies (ICT) exports reached a 10-year high.

On April 21, the Bank of Korea and the Ministry of Trade, Industry and Energy revealed last year's ICT exports totaled USD 197.57 billion (about KRW 211 trillion).

Considering the fact that the industry's total exports amounted to USD 573.69 billion, ICT exports made up 34.4%.

The reason for last year's growth in ICT exports can be attributed to the increased global demand for semiconductors.

The demand for memory semiconductors increased due to the growth of smart phones and big data industries.

As a result, Korea's semiconductor exports increased 60.2% to USD 99.67 billion.

It was the first time any single-item export surpassed USD 90 billion.

The share of ICT in exports and imports increased.

The boom in semiconductors is likely to lead to an increase in ICT spending in exports and trade.

The proportion of ICT to total exports in the first quarter of this year was 36.1%, slightly up from the previous year.

The share of ICT in total trade was 28.4%, similar to last year's record.

Some argue that Korea needs to prepare for the end of the semiconductor boom with another competitive product. The Chief Economist of the Hyundai Economic Research Institute remarked, "When China enters the memory semiconductor market in the next 2-3 years, Korean products will lose profitability and market share, and right now, we don't have a clear plan for growth once that happens.

He added, "Those in the industry have to decide whether to give up market share to China or continue competing. The government needs to come up with policies to ensure the competitiveness of major industries and find ways to prevent a crisis."