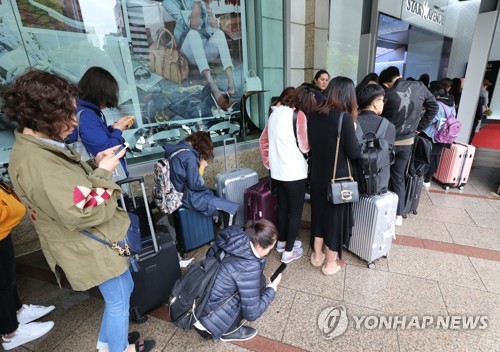 Sales of local duty-free operators came to US$1.56 billion in March, up 67.4 percent from a year earlier, according to the data compiled by the Korea Duty Free Shops Association.

Industry watchers said the latest increase is largely attributable to small-scale Chinese traders who purchase local products in bunches to meet the demand for Korean items in the neighboring country amid a plunge in the number of Chinese people traveling to South Korea.