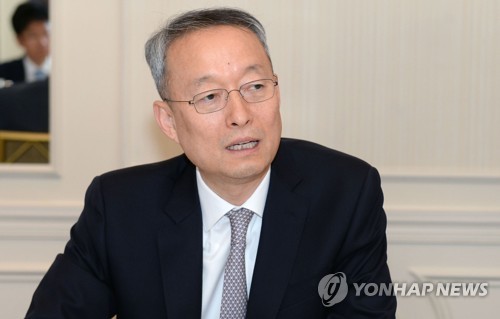 A 150-member Turkish delegation visited South Korea to attend a business forum hosted by the Korea Chamber of Commerce and Industries (KCCI) to explore new trade and business opportunities.

South Korea and Turkey implemented a free trade agreement (FTA) in May 2013 and the two sides in 2015 agreed to expand the scope of the trade pact in service and investment areas.

Paik Un-gyu, South Korea's minister of trade, industry and energy, said the two nations need to implement an upgraded version of the FTA that covers service and investment areas at an earlier date to further lower trade barriers. He also pledged government support for local companies' bid for large infrastructure projects in Turkey, such as airports, tunnels and railways.

"The role of companies is becoming more important to cement economic relations between the two nations," Paik said in an opening speech. "The government will support companies of the two nations to seek new business opportunities."

Trade volume between the two nations stood at $6.12 billion last year, up 17.2 percent from 2012, according to the trade ministry.

South Korea's exports to Turkey rose 18.2 percent from 2012 to $5.38 billion in 2016, thanks to growth in auto parts, chemical products and machinery, data showed.