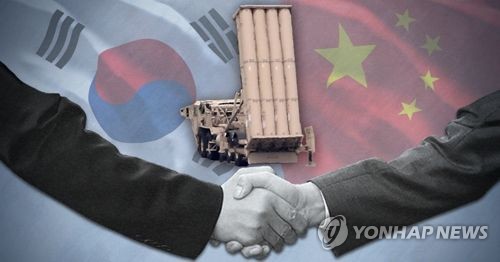 (BEIJING=Yonhap News) A major Chinese city on Saturday lifted its suspension of package tour programs to South Korea, which was imposed amid a diplomatic feud between the two countries, sources said.

The Chinese Ministry of Culture and Tourism held a regional meeting in the southwestern city of Chongqing earlier in the day and approved the move, according to the sources here.

The bilateral rift over the deployment of the U.S. defense shield, Terminal High Altitude Area Defense (THAAD), in South Korea has brought Chinese group tours to the South to a virtual halt since 2016.

The number of Chinese visitors to South Korea passed the 400,000 threshold in March for the first time since February last year, rebounding from a sharp fall following the THAAD row, according to earlier data.

An improvement in the relations of the two neighboring countries, coupled with the PyeongChang Winter Olympics, is believed to have helped more Chinese people visit South Korea.