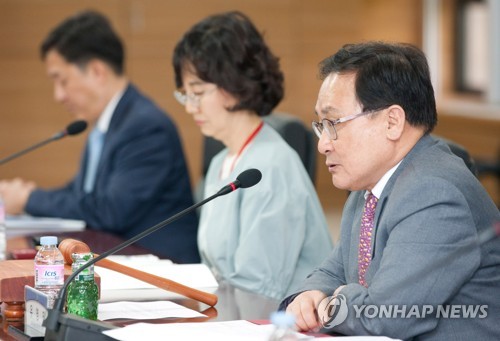 The plan, adopted at a meeting of related government ministries the previous day, calls for raising the number of jobs based on biotechnology to 46,000 by the end of this year, up 77 percent from three years earlier.

It will also move to hike the country's share of the global bio industry to 2.3 percent this year from 1.7 percent in 2015 and further raise it to 5 percent in 2025.

To that end, the government will invest 3.58 trillion won ($3.32 billion) this year to further nurture the country's bioengineering sector, up 5.1 percent from the previous year.

Out of the total, 3.12 trillion won, up 5.6 percent from a year earlier, will be spent on research and development, with the remainder earmarked for developing infrastructure and researchers.

"The goals have been set in consideration of the recent trend in the local bio industry's growth," a government official said. "The targets are within reach on increased investments in a range of sectors and a spike in the number of startups."